As we head into the final week of the regular season of the 2016/2017 WH Athletic season here is the very latest on our spring teams.

1)      The baseball squad became the fifth Whitman-Hanson team to win a league championship by holding of Silver Lake 6-5 on Saturday.  Senior Co-Captain Luke Tamulevich took the ball for just his second start of the season and went 5 plus innings leading the Panthers to their first league title since 2006.  The Keenan Division Champs answered after Silver Lake scored 1 run in the top of the first inning, as Tamulevich singled sharply to left, stole second, and scored on a Jason Green single.

Whitman-Hanson scored 5 runs in the bottom of the fourth to make the score 6-1 and then held on.  Senior John Murphy came in to relieve Tamulevich in the top of the sixth as Silver Lake came back and made the score 6-4.  S-L scored one in the top of the seventh before Murphy retired the side for the win and the league championship.  Whitman-Hanson is now 13-4 overall and finished 12-3 in the Keenan Division of the Patriot League.

Fall Cheerleading, Winter Cheerleading, Girls Hockey and Boys Basketball are the other 4 teams to win titles this year. The baseball team has 3 games left in the regular season before beginning tournament play after Memorial Day.

2)      The softball team punched their post season ticket Friday by beating Quincy, 8-4.  The team collected 12 hits and defeated Quincy 8-4 to clinch a state tournament berth. Emily Cook and Colleen Hughes split the game on the mound and combined for 5 hits 4 RBIs and 4 Runs. Kelly Burke went 2-4 with an RBI 3B. Julia Donovan went 2-2 with an RBI and R.

3)      The girls lacrosse team certainly knows how to make things exciting.  They go into their senior night game Monday night needing to win this season finale in order to make the state tournament.  The highlight of the week was a 16-5 road win at Hull.  The WH defense combined with Kasey Molito in net (10 saves) held Hull to 1 goal in the second half. Leading the offense for the Panthers was Ali Joanis (4 goals) & Mel McAleer (5 goals, 5 assists). Also scoring to WH was Taylor McVeigh (2G), Zoe Lydon (1G, 1A), Mik White (2G, 1A), and Sami Whitman (1G). Annika Putur netted her first varsity goal, also. The girls go into Monday night’s game with a 9-10 record.

4)      The boys lacrosse team will play its senior night game on Tuesday when they play host to Weymouth.at 6:30pm.

5)      One of the most impressive teams of the spring has been our girls tennis team.  The girls defeated Quincy in a doubleheader Friday. The scores were 4-1, 4-1. Jess Green in 2nd singles won 8-1,8-2, Abby Pulling won at 3rd singles 8-5,8-6. At 1st doubles Hannah Faghan and Alyssa Holland won 8-2,8-5 and at 2nd doubles Mary Pulling and Lexi Connolly won 8-0,8-0! The Panthers play Rockland on Monday, then Abington on Wednesday and East Bridgewater on Saturday.  If the girls win all 3 matches they will qualify for the state tournament for the first time in recent memory.

6)      The boys tennis team has improved a lot since last season posting their 4th win of the season Friday.  The team picked up a doubleheader sweep over Quincy. The Panthers won both matches by a 5-0 score. Senior Dan Hickey won both his matches at #1 singles, both by 8-2 scores. Junior, Tyler Rice won both his matches by an 8-1 score at #2 singles. At # 3 singles, freshman Brian Fox won both matches 8-0, 8-2. At one doubles the Panthers got a pair of 8-4 victories from Matt Hickey and Eric Muha. Rounding things out at two doubles the pair of Jason Bannon and Sean Leahy battled back to win both of their matches by a 9-7 score.

7)      The Whitman-Hanson Girls Track team traveled to the South Shore Principal's Twilight Meet Meet in Norwell Saturday evening  and finished 7th out of a very strong 26 team field.  Taking medals for the Panthers were Alex Santos finishing 1st overall in the 200 Meter Dash in a time of 25.83 seconds.  Lily Nolan finished 5th overall in the same event at 27.23.  The 4 X 100 Relay team of Santos, Nolan, Olivia Reed and Ally Bartlett took 3rd place in a time of 51.30, just fractions of a second behind its school record set earlier this season.  And the 4 X 400 Meter relay team of Dorothy DiMascio-Donohue, Lily Perkins, Olivia Morse and NIcole Norve  placed 2nd with a season's best mark of 4:19.48.

8)      Whitman-Hanson boys track team wrapped up the regular season by beating Plymouth South, 72-64.  The team had an awesome day on the track and in the field coming up with many season bests. Leading way was double winner Brett Holmes 100 and triple jump and he took 2nd in the long jump, Alex Oroak won the Javelin, Riley Holland won the Shot Put and was 2nd in the discus, Andrew Newman won the 2 Mile and was second in the Mile, Ian Duffey in the 800 and Jack Ryan won the 400 and anchored the winning 4x400 and rounding out the victories for the Panthers was Brian Edwards who took the high jump. 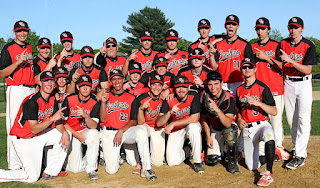 When writing or responding, please remember that the Secretary of the Commonwealth of Massachusetts has determined that email is a public record.

This communication may contain privileged or other confidential information. If you are not the intended recipient, or believe that you have received this communication in error, please do not print, copy, retransmit, disseminate, or otherwise use the information. Also, please indicate to the sender that you have received this email in error, and delete the copy you received.