Whitman Hanson Head Football Coach Mike Driscoll has announced his retirement after 10 years at the helm.  He will coach his final game tonight as the Panthers take on Hingham (he will not coach next week at Plymouth North due to his brother’s wedding).

“Mike has been an important figure in the lives of hundreds of Whitman Hanson students.  He was extremely dedicated and always ran a program that focused on character building and core educational athletic values,” Whitman Hanson Athletic Director Bob Rodgers said.  “I am grateful for having the opportunity to work with such a fine man and wish him the best as he devotes his time and energy to his family”

Driscoll, who is a 1991 graduate of Whitman Hanson, has spent 22 years as a high school football coach.  He made the difficult decision to step away from coaching at this time because of his young family and his desire to be there for his kids as they enjoy the benefits of playing sports.  “I learned the importance of putting family first from my parents and while it is difficult to say goodbye, at least for now, to the program I love so deeply I know it is the right decision.  I will still be WH football’s biggest fan,” Driscoll said.

Whitman Hanson will begin the search for a new coach immediately and has posted it on the MIAA website.  The Panthers play in the Keenan Division of the Patriot League. 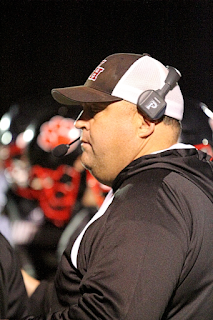 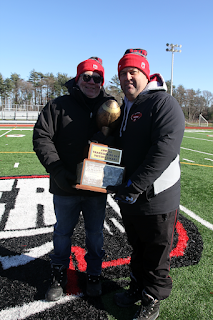 Posted by Coach Rodgers at 2:22 PM