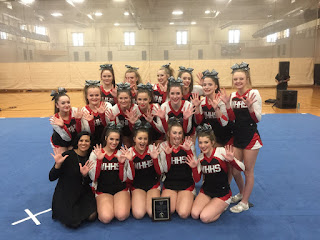 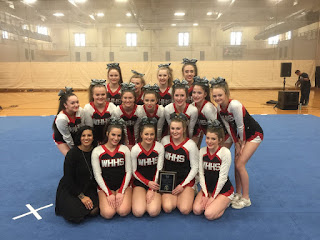 The girls are fresh off their national championship in Dallas where they won the small advanced in the NCA competition.

Finishing second at the Patriot League championship was Duxbury followed by Plymouth North.

Next up for Whitman-Hanson will be a local comp and then regionals on March 5th at Whitman-Hanson.
Posted by Patriot League at 3:30 PM