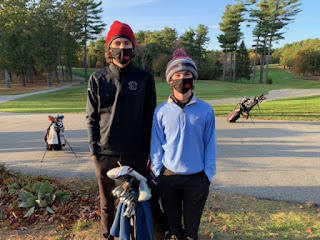 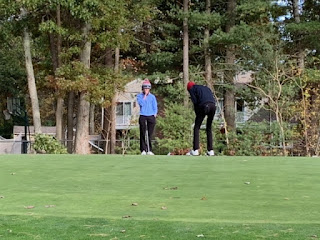 Both competed as individuals; captain Miller shot a very respectable 85, while Stewart finished the day with a 92. Both players earned their spot at the League Cup today because of their determination and steady play throughout the regular season. Though neither was able to defeat the low score of the day (78, shot by Nolan Skaggs of Plymouth South), both players can hold their heads high, as they each had plenty of memorable shots on the day and represented their team and school with class and integrity.

Congratulations to both players for a great career in the Panther uniform and for leaving a legacy of hard work and commitment for future players of the program to learn from.
>
>
Posted by Patriot League at 8:50 PM